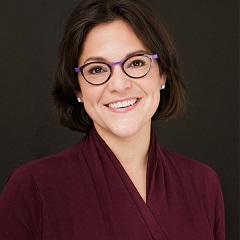 A tradition of scholarship explores the relationship between culture and poverty. While scholars have moved toward more careful analyses of when and how culture shapes the experience of inequality, we still know relatively little about how Latino/a youth understand their possibilities and opportunities. This project uses interview data to explain how Latino/as identify and act upon opportunity in Detroit. In particular, it looks at how Latino/as navigate their ambivalent social location in a majority-minority city. On the one hand, their racialized experience implicates them in the color line, which is particularly marked in the black-white binary of the city and its suburbs. On the other hand, Latino/as in mixed-status households struggle as an immigrant ethnic group to “make it” relative to a mainstream economy shaped by space beyond the city’s boundaries, including the U.S.-Canadian border and suburban areas that have been known as the “whitest” in America. The urban and national boundaries shaping the experience of Latino/as in Detroit also informs the way they use space to navigate this ambivalent position.

Forthcoming. “Home is Where the Metropoliz Is: Global Movements and Local Commoning in a Roman Squat/Occupation,” Urban Geography.

Cumberbatch, Prudence and Trujillo-Pagán, Nicole. 2016. “Hashtag Activism and Why #BlackLivesMatter In (and To) the Classroom,” Radical Teacher, 106.

Trujillo-Pagán, Nicole. “The Language of ‘Juan Crow’ in Alabama.”

Trujillo-Pagán, Nicole. “The Illusion of Choice and Illegal Enforcement: ‘Self-Deportation’ as Forced Migration”

Learning about Your Community through Research